Via Graphic Policy, this image is out and about today, but does it show the rebooted Justice League’s full roster?: 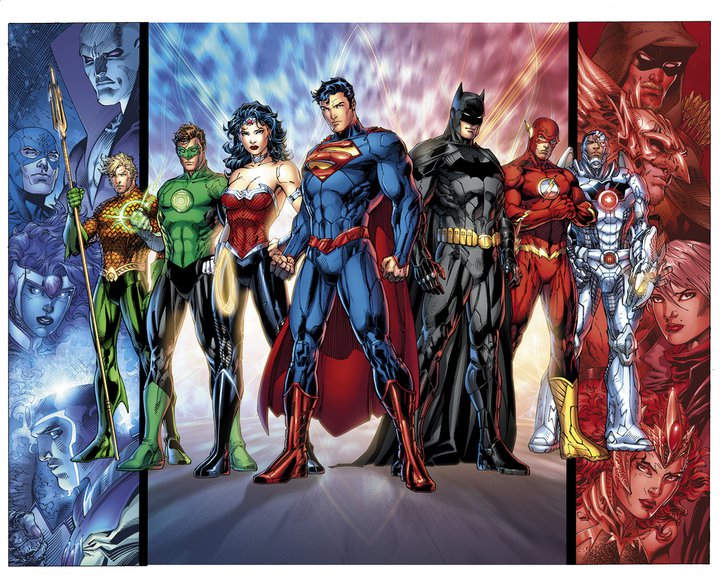 Who knows. But the statement about DC’s new “Big 7” is clear: Green Arrow out, Cyborg in. I still want the League’s Green Lantern to be John Stewart, but I hope he gets a big starring marquee role somewhere else in the new DC Universe.

A few thoughts on aesthetics:

By now, we’ve had some time to get used to all the lines and panels in these costumes. I still don’t like them. There’s too much quasi-realism going on, especially with Superman. Then look at Flash’s boots. Them compare them to whatever Hal Jordan has on his feet (classic boots? Fine, but next to the overwrought and inexplicably shiny things the others are wearing, they look like pajama feet).

I do like how the S-shield pops on Supes. Still not fan of the red seat-belt on his waist.

Remember that time I got one good story ever and died at the end? The WORST.

What we can’t tell from this image are the places of the secondary and tertiary heroes on the side panels in the new DCU. Are they JL subteams? I like that idea. Are they field agents? I’d like that, too. Side question: How do Hawkman and Green Arrow feel about not having a place at the leadership table? How about their fans?