One of these pictures is awesome.  One of them, despite my George Perez fandom, isn’t. 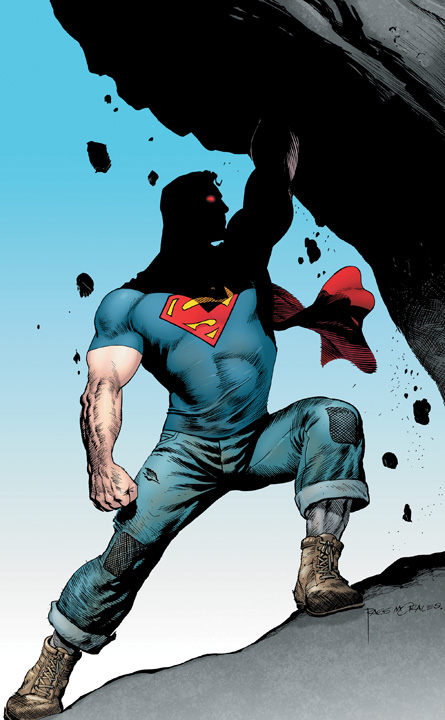 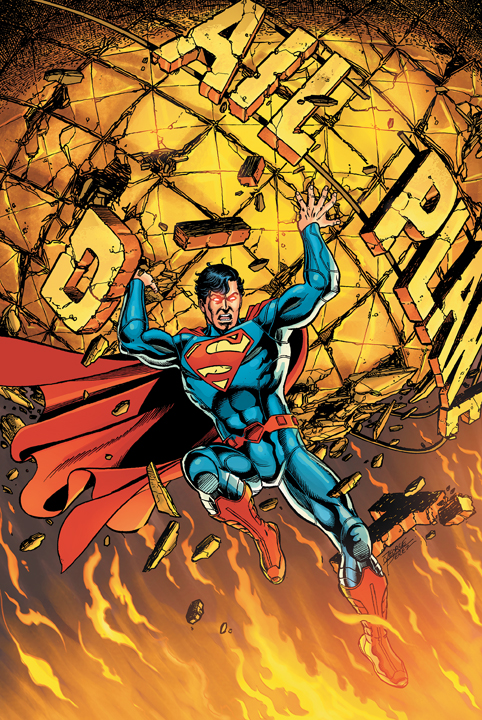 It’s not Perez’s fault.  He’s dealing with a redesigned Superman costume that isn’t his, and the inker made the space above Supes’ boots look gray/silver.  Here’s the overarching technical problem with the new suite: maybe it will work okay when Jim Lee is drawing it on a stylized, younger-looking Man of Steel, but it just isn’t going to work across artistic styles.  George Perez is an iconic Superman artist, and look how hamstrung this costume makes him.  The classic costume works in any style because it’s simple and iconic.  The new look has panels and too many lines. The belt’s over-thought.  The collar’s too high.  No red undies. Wrong wrong wrong.  Superman doesn’t need bells and whistles.  That’s the point.  That’s his deal. 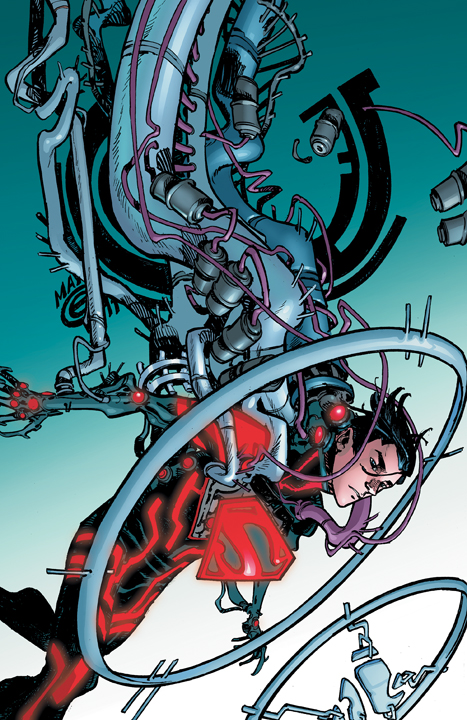