I’m just going to go ahead and be a nerd here for a few minutes.  DC Comics is renumbering three-quarters of their titles with 52 new Issue #1’s staggered weekly beginning August 31.  That’s essentially a reboot, right?  DC honchos are calling it a new point of entry for a new generation of readers, which makes sense given the massive platforms offered by the popularity of superhero movies and merchandising.

Fine. Actually, more than fine.  I think it’s a great idea. A lot of fanboys think it’s long overdue after the almost-reboots of the last few years, but I think the timing is perfect.  I think it’s great and I look forward to it.  It might get me to start subscribing to a few regular titles again, which would be a lot of fun (especially since I have a vintage grocery store comics rack that I can’t fit my bagged and boarded 90’s books in). What I’m not so sure about is the new Justice League roster (Batman, Superman, Wonder Woman, Flash, Green Lantern Hal Jordan, Aquaman, and … Cyborg?)

I’m always of the opinion that the Justice League should be Superman, Batman, The Flash, Wonder Woman, a Green Lantern, and Aquaman.  I left out Green Arrow.  Maybe I shouldn’t have.  Is he iconic? Green Arrow is on the bubble, like the letter y.  He’s a legacy character with classic runs in the 70s, and he’s the team’s resident dissident/progressive.  He’s the League’s only bow-and-arrow guy, so there’s that.  But he’s not an archetype like the Big Three, and he doesn’t stand in for great elemental and cosmic forces (Aquaman, Flash, Green Lantern).  The same’s true for Cyborg, and so I’m conflicted.  Nothing against Vic, but neither his history nor his skill-set seem to bring something essential, or quintessential, to the team.

I know without Vic, the team is all-white, and I don’t think that’s acceptable.  Who’s the most iconic of all the non-white characters in the DCU?  John Stewart as the Green Lantern?  Absolutely.  He was the best character on the the animated Justice League series not named Batman (sorry, John, but Bats will always be my favorite), and, truth be told, he carried the show and the team.  Justice League established him in popular media as a quintessential character to the JL mythos, and it wasn’t because of his green ring.  It was because of how awesome, conflicted, and noble he was.  What does Hal Jordan really bring to the table? I know, I know, he’s the Silver Age original, but while he was away, John Stewart became the definitive Green Lantern for me, even as Wally West became the Flash.  Sorry, but that’s just how I see it.  Somewhere, someone is saying “what about Kyle Rayner?”  Exactly.  Loved him.  Haven’t thought about him in years.

I’d bump Hal and Cyborg and sign John up in a heartbeat, if he’d take the job.  If DC is also hoping to skew younger with the Cyborg character (he’s historically been cast as younger than the DCU’s banner heroes), what about Static?  Isn’t his full inclusion in the top narratives of the DCU long overdue?  Wouldn’t putting Static in the JLA add some much-needed youth and also be a more-than-fitting tribute to the late Dwayne McDuffie?  No one else pictured above has Static’s elemental kind of powers.  There’s a fast guy, a strong girl, a strong guy, a dark avenger guy, a mystical space military guy, a water guy.  Where’s the electric guy?  Static to the Justice League the second I’m in the door at Editorial. (Also, Pete Rose to the Hall of Fame).

All of this still leaves us with a relatively undiverse grouping, but it’s a step in the right direction.  Where’s Martian Manhunter, by the way?  I know he’s dead in current continuity, and I’m guessing that he’ll appear later in the series like he did way back when in the original. Speaking of which, I know that Supes and Batman weren’t part of the old league back in the day, but whatever. I’m writing about comic books so I get to say that.

On to my second issue.  It has to do with costumes.  Wonder Woman’s change is long overdue, but they should have kept some yellow.  Black threads on a color palette that doesn’t historically have them are gimmicky in baseball and gimmicky in comics. Aquaman looks great, which is sometimes hard for Aquaman to do. This look honors his history even as the military collar recalls his finest hours as my harpoon-handed beard-twin.  (His current incarnation on Batman: The Brave and The Bold is brilliant and my undeniable favorite).  The Flash has those weird piping lines on his cowl, which is to be expected with these kind of reboots. If you look closely, Batman probably has them, too, and his gauntlets are more modular and armor-like.  Fine, though I like a cleaner cowl for Batman. Flash’s chin thing is meant to make his ensemble look younger, hipper.  Fine.

But sweet Siegel and Shuster, where on Krypton are Superman’s red briefs?  What’s with the bishop/general collar?  I only just now noticed the blue on blue gauntlet piping and red sleeve trim.  Is that a red belt?  I can only imagine what his boots look like.  This feels a lot like the future version of Superman that Connor Kent/Superboy became a while back in Teen Titans.  I thought then that the evolution of this look might work over time, but this seems so sudden, so…drastic.   This is Superman we’re talking about.  I know he’s been changed in varying degrees over the years, but the late Golden Age and Silver Age look has been kept largely intact until now.  The lack of briefs is shocking, but the collar bugs me most.  It looks way too Zod for Kal.  And now that I’ve lost most of my regular readers, I bid you a fond “till next time!”

A few days ago, Scottie Pippen said that while Michael Jordan remains the greatest scorer in the history of basketball, LeBron James might be the best all-around player ever.  And then everyone said “ffffwhat?”” and I thought about Batman.  See, when Dick Grayson, the first and best Robin, got tired of feeling like an underrated sidekick instead of a respected, equal partner, he didn’t go tell Mike and Mike.  First he whined to Superman, then he became Nightwing, the coolest superhero not named Batman.  Dick Grayson, even in his recent stint as Batman, has never been and never will be Batman.  But as Nightwing, he has a little something for himself, and he’s a respected, bona-fide champion of his own burg across from Gotham.

With Pippen, having been Robin is the deal.  There’s no Nightwing role in basketball unless you play right now for the Heat.  Super Sidekick isn’t the job you dream of as a kid, but six rings?  Two three-peats?  Being the second best player on the best team of the 90s, and, as some have it, the best team ever?  Yep, okay.  I’ll take it.  Right now, Pippen is widely considered the best sidekick in recent history almost by default, which isn’t to diminish his own skill set or career.  He wasn’t just in the right place at the right time: he had to be, and was, the right player. He is the greatest of lieutenants, at least by acclamation, which is the same metric everyone uses when talking about Michael Jordan’s own supremacy.

Everyone except Kareem Adbul-Jabbar. He posted “How Soon They Forget: An Open Letter to Scottie Pippen” on his website yesterday.  And if you expect Kareem to take Scottie to task for disrespecting Jordan, you don’t know Kareem.   First, there’s the part where he says Pippen, while possessing a great basketball mind, is ailing from limited perspective.  Wilt Chamberlain, he reminds us, is the greatest scorer ever.  He also talks about how much better the league was back in the day, and says “So MJ has to be appraised in perspective. His incredible athletic ability, charisma and leadership on the court helped to make basketball popular around the world — no question about that. But in terms of greatness MJ has to take a backseat to The Stilt.”

Kareem’s real point, though, is that neither Michael Jordan nor LeBron James nor even Wilt Chamberlain can lay claim to the mantle of greatest player ever.  He doesn’t exactly say so, but he’s squarely in the Bill Russell camp in this discussion.  “The ring’s the thing,” he says, and we all know Russell has eight straight.

Kudos, I say, to Kareem for being the grumpy old guy in the corner who says “the 90s schmine-ties. Back in my day ____.”  Kudos for questioning all of this acclamation business.  Somewhere, Skip Bayless is just wishing Kareem would have called Pippen a “prisoner of the moment.”  Negative points, though, for being kind of rude and passive aggressive about it. That’s part of the deal, I suppose.  Minus a few more points also for not also saying what he’s making everyone else point out:  that he, Kareem Abdul-Jabbar, is the NBA’s all-time points leader and by that metric alone should be at least second on everyone’s three-person list of greatest scorers.  By making Chamberlain’s case, Kareem is also making his own and he’s about as subtle as a skyhook.   Come on, now, friend.  You think we didn’t catch that? 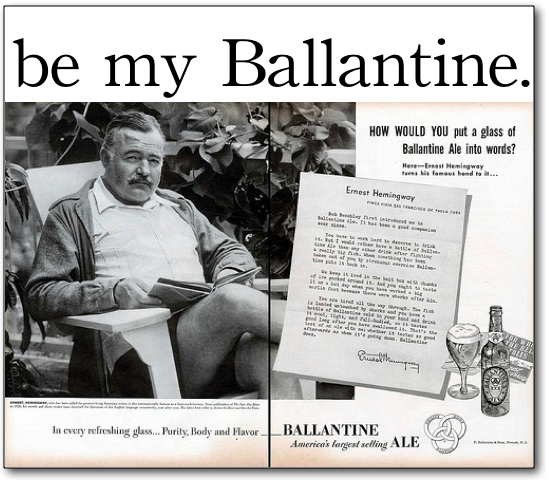 See a need, fill a need. You’re welcome, everybody. 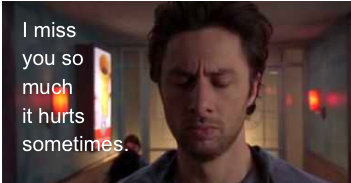